10 Things You Need to Know About Tosca

New to Tosca? Not sure what to expect? Here's some of the top 10 things you need to know about the opera and our new production before performances at the Bord Gáis Energy Theatre this July.

1. Tosca was composed by Giacomo Puccini, one of opera’s most successful composers. Famous for operas like La bohème, Tosca and Madama Butterfly, at the time of his death he was worth over €150 million in today’s money. Not bad going eh?

2. The opera premiered in Rome in January 1900. By this stage Puccini was a household name and the premiere was the hottest event in town, attended by many local Roman dignitaries, including the Queen.

3. If you’ve ever visited Rome, you may recognise some local landmarks as the opera features some familiar Roman settings such as the church of Sant’Andrea della Valle, the Palazzo Farnese and the Castel Sant’Angelo. Do you recognise these famous locations? 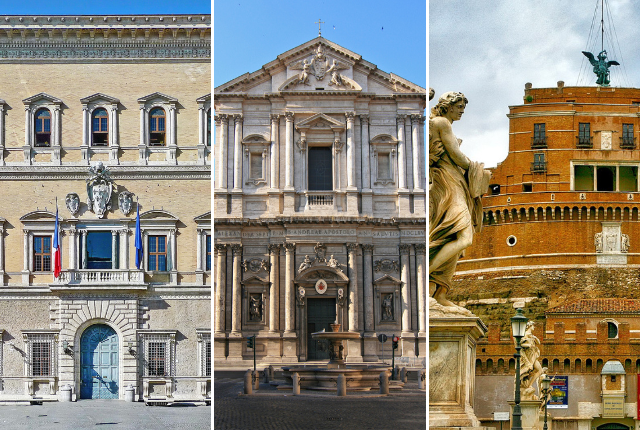 4. The opera was a hit pretty much from the start and is now the 5th most performed opera in the world – definitely one for the must see list.

5. Tosca is a political thriller pitted against the love story of the singer Tosca and the painter Cavaradossi. Act 1 sets the scene with Cavaradossi pledging to assist the escaped political prisoner, Cesare Angelotti, as he hides out in the Church of Sant’Andrea della Valle. The act ends with a powerful declaration from Chief of Police, Baron Scarpia, determined to capture Cavaradossi and force Tosca into submission.

Take a listen to the Te Deum at the end of Act 1, an intense musical moment in which the organ, church bells and chorus provide a religious backdrop to the sinister intentions of Scarpia’s plans for Tosca. Interesting fact…Puccini specifically adapted the pitch of the music to match the pitch of great bell of St. Peter’s Basilica in Rome.

6. Tosca is the only female character in the opera. A famous singer, she is tormented by her love for Cavaradossi and her belief that he has been unfaithful to her. Manipulated by the corrupt Chief of Police, Baron Scarpia, who has designs on her affections, she is ultimately left with an impossible choice to save Cavaradossi or herself. What will she choose?

7. Tosca features some of opera's most famous arias in opera including Vissi d’arte, sung by Tosca during Act 2 of the opera as she contemplates her fate and why God has seemingly abandoned her. Have a listen to the late great Maria Callas singing this heart wrenching aria. Have you heard it before?

8. Our production is directed by Michael Gieleta and designed by Gary McCann, who hails from Portadown, Northern Ireland and also designed our recent production of Carmen. The lavish sets for Tosca feature an enormous cross that hangs from the ceiling - the cross is a recurring theme in the opera. 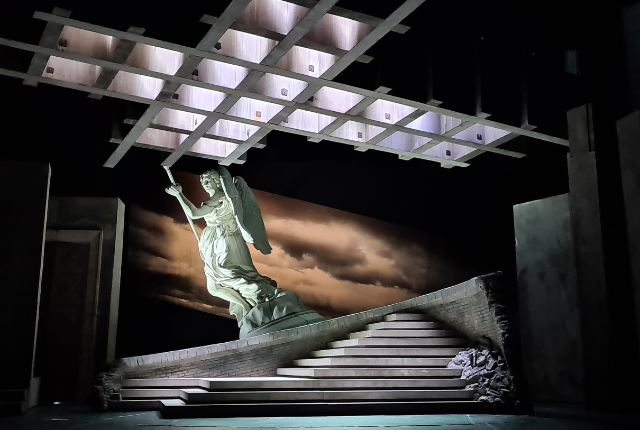 9. Tosca is made up of 3 acts, running for approximately 3 hours including two intervals. Packed with hit after hit, the opera is filled with drama and rich in spine tingling arias. You won’t want it to end.

10. This production is sung in Italian with English surtitles, allowing you to enjoy all the beauty of the Italian language without missing a moment of the plot.

Tosca is on stage at the Bord Gáis Energy Theatre for 5 performances from 11 - 17 July.