Traditionally, the opera world is an industry led by men, from conductors to composers to producers. But thankfully, 21st Century opera is working hard to break down the barriers that, until recently, have held women back from some of the top jobs in their field.

While there is a lot more progress to be made, proactive gender policy decisions on the part of opera companies have helped to foster the development of women in opera, paving the way for a more equal representation in key roles. For our part, INO is committed to achieving gender parity amongst the creative teams we employ. To ensure we can achieve these goals in future, our ABL Aviation Opera Studio actively encourages participation from women in traditionally male dominated areas such as composition, conducting and directing. You can read more about our gender equality policy here.

Most recently our 20 Shots of Opera project was successful in achieving an equal gender balance in the creative teams who worked on the project. So, to mark this year’s International Women’s Day as well as the launch of 20 Shots of Opera on Operavision on the 12th March, we asked a few of the amazing women who were a part of the project to share their insights into their experience as a woman working in opera. 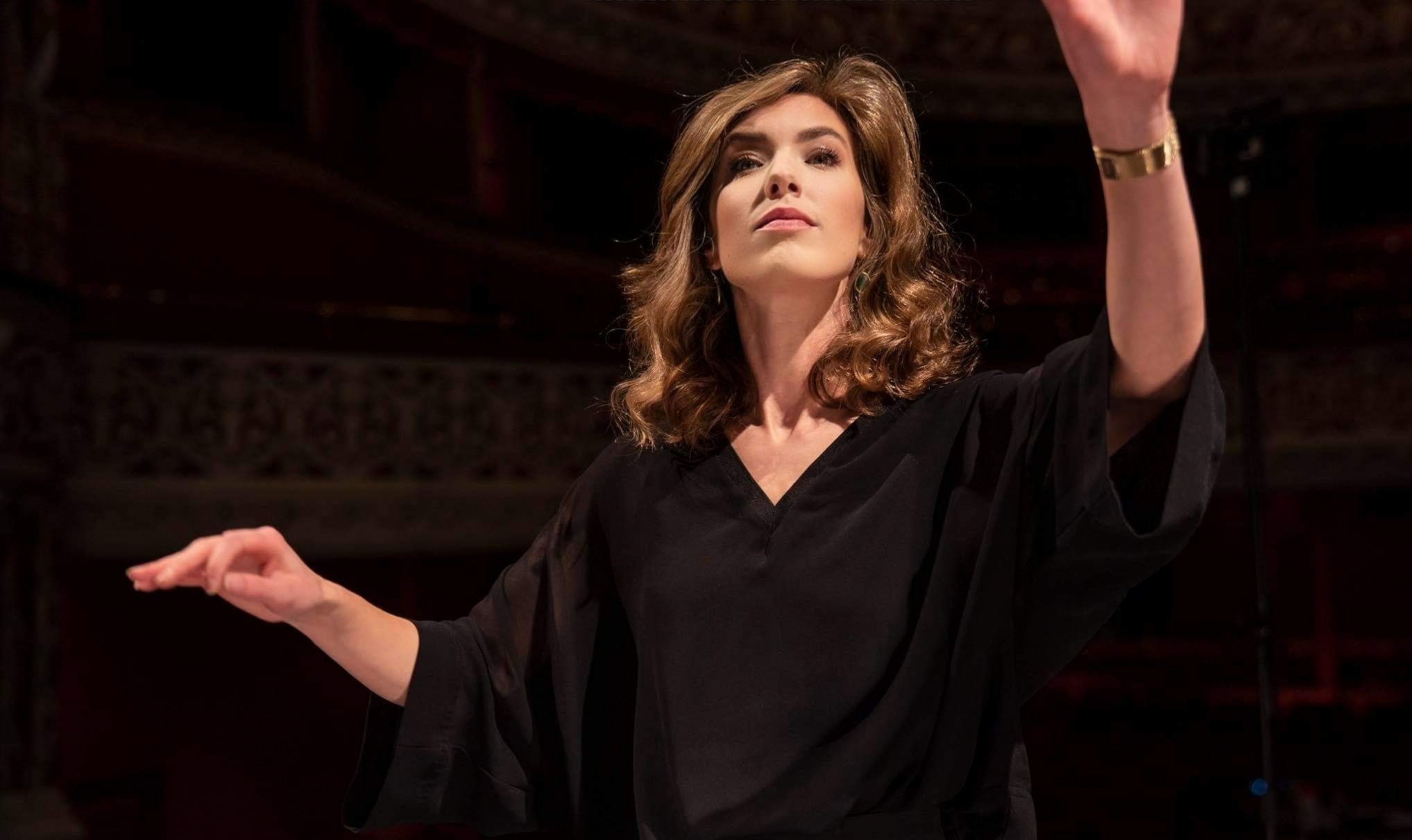 Honestly and fortunately, I haven't felt like my gender has has a particular impact on my job in opera. My professional experience in the operatic world, albeit relatively new, has been an incredibly positive one working with Irish National Opera. I have been treated with the upmost of respect and regard in my role by everyone in the company. The process of becoming a conductor is in itself most challenging and daunting, without adding to this the concerns of doing so as a woman. I find that age and inexperience have possibly been bigger hurdles for me than that of gender.

In some ways, I like to think that being a female conductor has certain advantages. In a role that has been very heavily male-dominated, being a woman can perhaps bring certain different perspectives to the music, the rehearsal process, and the creative experience. In the world we live in today, so many companies, ensembles and organisations are attempting to combat areas where gender inequality, historically, was clear for all to see. Worldwide this has led to opportunities for female conductors which previously would have been near impossible. It’s wonderful to consider that young children today will no longer be surprised to see female conductors on the podium during their lifetime.

While I’ll never forget the thrill and excitement of my very first opening night of an opera in which I was assistant conductor and chorus director, the highlight of my operatic career to date has to be 20 Shots of Opera with Irish National Opera. I conducted nine of these short filmed operas and enjoyed the process of rehearsing and recording these newly composed works “hot off the press” and working with a truly wonderful team all during a very challenging and difficult year. It’s a project that I will always remain proud to have been a part of.

Composer Éna Brennan is a recent winner of the National Concert Hall and Sounding the Feminists Female Commissioning Scheme and composed the short opera Rupture for 20 Shots of Opera. 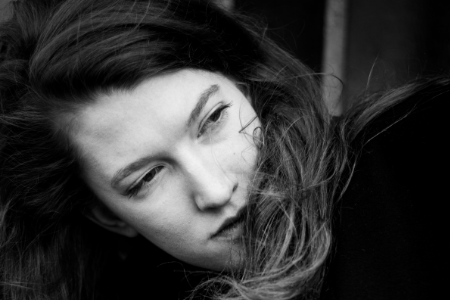 The gender imbalance in the world of composition is moving in the right direction, especially in Ireland, but unfortunately female composers still need to fight that little bit harder to be respected in their field. A challenge I am faced with as a woman working in music is to make sure I am seen, heard and ultimately respected for my craft and craft alone.

Anyone in the minority is far more sensitive to and aware of prejudice than those in the majority, and this makes you far more tuned into your own tendency to be prejudicial. I think a great advantage of being a female musician is the self-awareness and open-mindedness that comes with being in the minority. I am very quick to check myself and make sure that I am not judging someone or their craft on external and irrelevant conditions.

Being involved in 20 Shots of Opera was wonderful for many reasons, but a great part of the project was working with a vast array of talented women. Elaine Kelly conducted Rupture, Jo Mangan directed the short film and the performers were stunning mezzo-soprano Sarah Richmond and soprano Rachel Goode. There was a great gender balance in both the Irish National Opera behind the scenes team and the RTE Concert Orchestra, and a healthy 50/50 gender split among the composers involved in the project.

Company Stage Manager, Paula Tierney is an essential part of the team behind the scenes at INO, making sure everything comes together how and when it should. 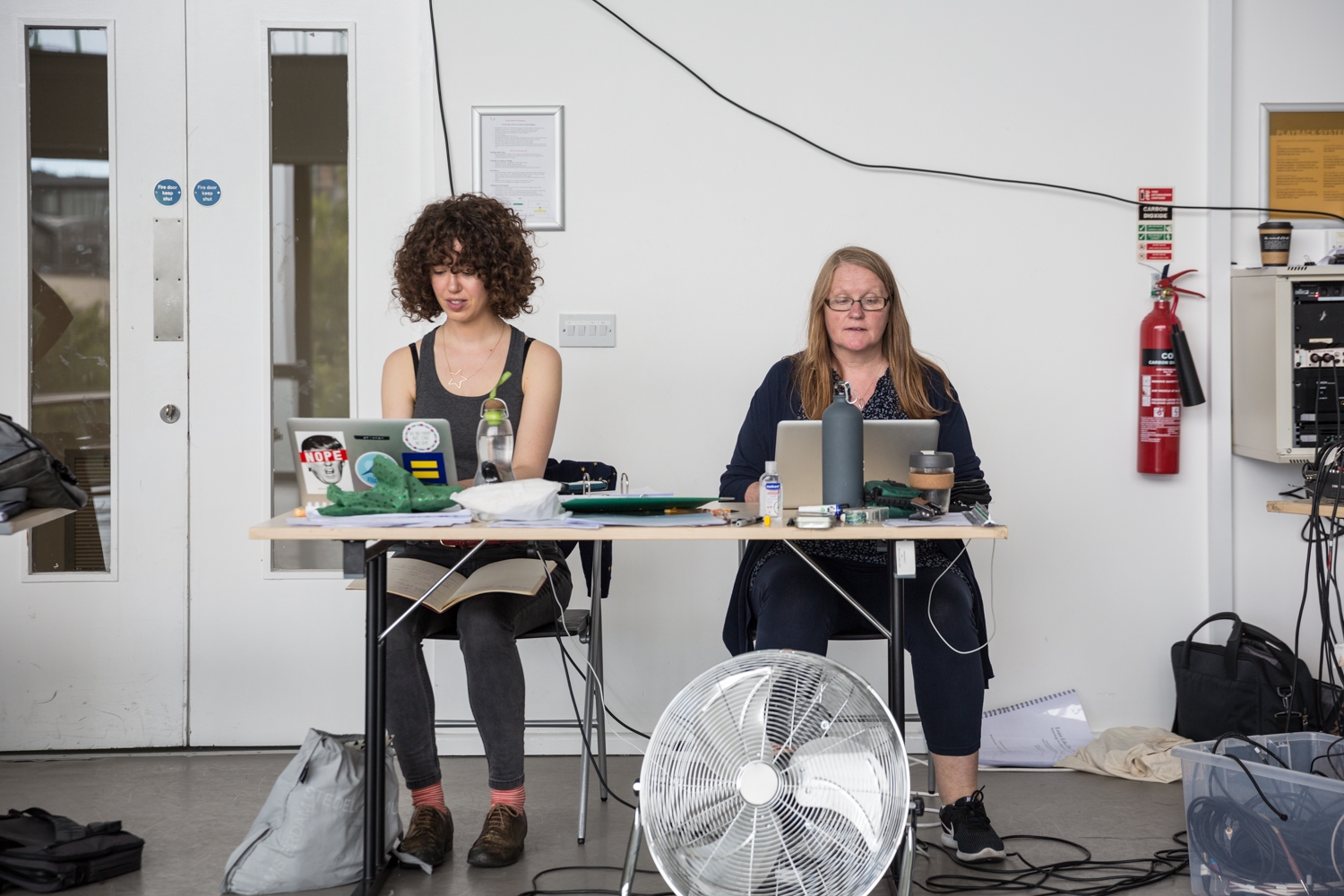 Honestly, in my role as company stage manager, I have always found the opera world to be quite an inclusive one. The role of stage manager is very much traditionally female orientated, so I have a lot of female friends and colleagues working in the business. I think access/attitudes to childcare is an issue for some women (and men!!) but that is a problem across most freelance work.

It's not always a given but I find sometimes that there is a natural gravitation towards women in the company. Perhaps we are seen as a little more empathetic in what can be at times a very demanding and stressful business. And we're obviously much better craic than the lads.....

Watching from the wings: all the amazing women I am so lucky to work with. I am in awe of them all. Most recently one of my highlights was watching Naomi Louisa O'Connell take on the role of Rosemary Kennedy in Least Like the Other, Searching for Rosemary Kennedy. She was amazing.

20 Shots of Opera is available on Operavision from 12 March