Mozart and Me: An Interview with Peter Whelan 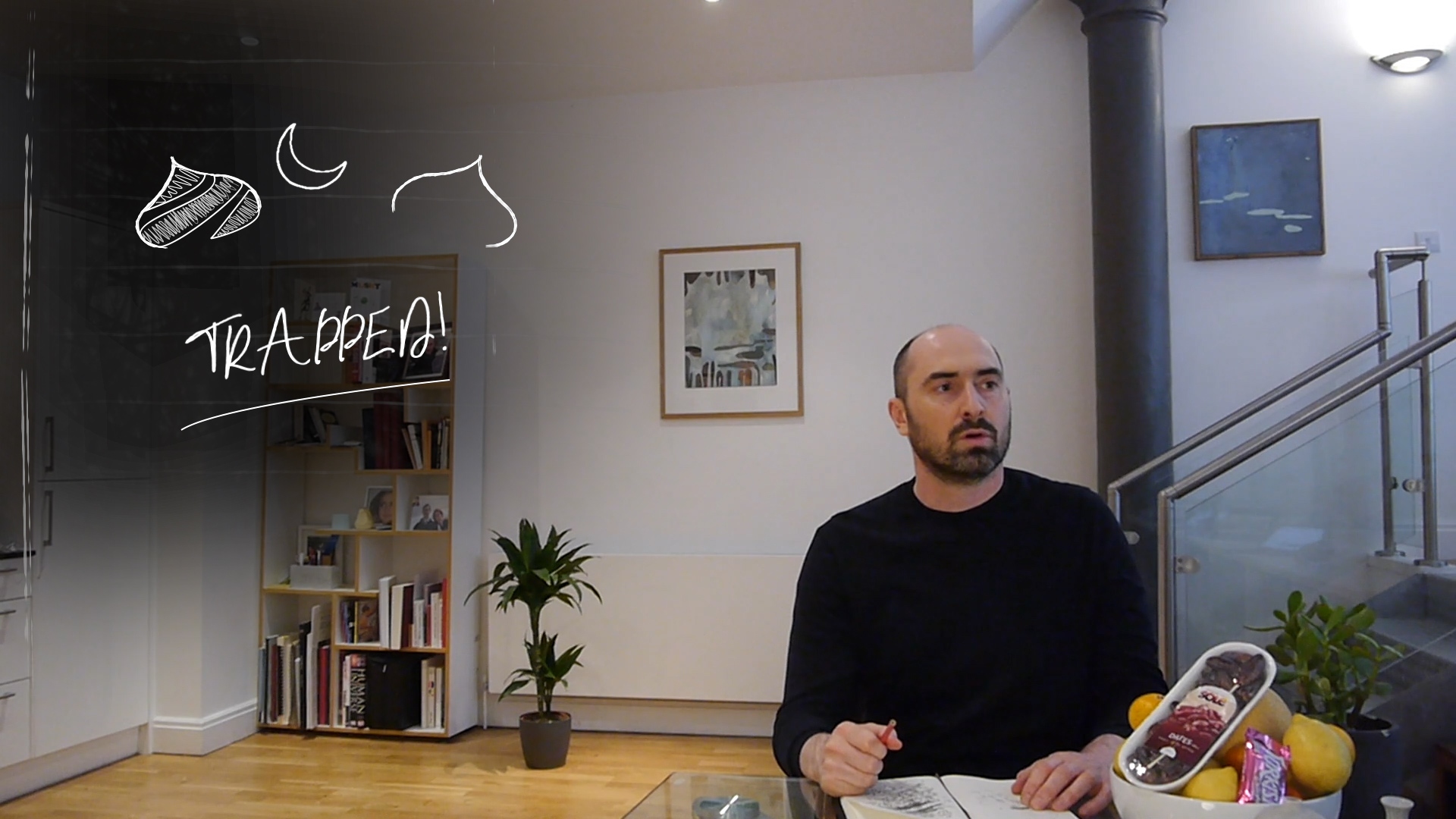 The influential Swiss theologian Karl Barth wrote a small book about Mozart that was published during the celebrations of the bicentenary of the composer's birth in 1956. In it he pondered, “It may be that when the angels go about their task of praising God, they play only Bach. I am sure, however, that when they are together en famille, they play Mozart and that then too our dear Lord listens with special pleasure.”

Peter Whelan, conductor, bassoonist and Irish National Opera Artistic Partner, has spent plenty of time with the work of both composers. Where is Mozart in his pantheon? "He must be the best. It's like a coin tossed between him and Bach. It just depends what mood you're in."

What makes Mozart so special for him is that, "everything is shot through with humanity. It's a real person writing, who understands the human condition. He can do the whole gamut of emotions. And he can also turn on a dime, go from one extreme to the other, and break your heart in so doing. I'm not sure I know any other composer who can do that."

Bach, of course, he says, "is universal. He's writing on a huge scale. But he's just not as immediately touching as Mozart". He has no time for the once common view that Mozart's work was shallow and pretty. And he recalls his early piano lessons with Valerie Walker, when "my first proper piece was that Sonata in C, K545, the one everybody plays. I remember her explaining to me at the age of nine or ten, that Mozart's sonatas are too easy for children and too difficult for artists". It's the paradox that was first proposed by the great Austrian pianist Artur Schnabel. "I remember wondering what on earth she could have meant by that. But, actually, even when I come back to that specific piece, I see exactly what she meant, now that I'm in my forties."

"As a child," he says, " I sang in the National Children's Choir for a bit, before and as my voice was breaking. We had to sing Laudate Dominum, as well, which was another early Mozart experience. It's very engaging and I remember one long note at the end of that piece that the solo soprano sings, it's a high F, and I thought it was the most brilliant thing I'd ever heard in my life. And roughly the same time there was a CD that came out, I think it was called Mozart in Flight, with the Irish Chamber Orchestra. It was maybe a promotional disc for Aer Lingus. The first track in that was the Overture to The Marriage of Figaro. It seemed to me kind of wonky and full of fizz. You could listen to it again and again and find new things, working out what all the instruments were doing."

After those early encounters, "I guess it changed when I began to play bassoon and got to know the piano concertos. I later had the privilege of playing them with the Scottish Chamber Orchestra with great artists including Alfred Brendel and Mitsuko Uchida. You get a sense from the wind writing in a lot of those that there's something else afoot, something that led into the operas. It was clear that you are playing a character.

"It's the same with the quintet for piano and wind. People often talk about how it's related to characters in operas. The biggest treat of all is actually playing in the orchestra for his operas. I spent quite a bit of time playing Figaro in Glyndebourne on old instruments. That was such an incredible experience — all-engrossing, amazing wind parts. It doesn't get any better as far as a wind player goes when playing Mozart. That developed a lot of my curiosity and I got more and more interested."

Finally, he says, "It blew my mind when I went to the dark side and started conducting. That's when you link everything together. You spend a lot more time looking at the words, thinking about the drama. It opened up a whole new universe. It was literally mind-blowing. I remember the experience of just going to the Act II finale of Figaro, in the inaugural INO production at Dublin's Gaiety Theatre in April 2018. There's nothing better. Coming away at the interval you’re just covered in sweat. But it's like the most amazing high or climax that you could ever arrive at! One of the greatest musical experiences I've had. So I'm super-fond of Mozart."

Imagining for a moment that the meeting could somehow be set up, what musical questions would he have if he were face to face with Mozart himself? "I would want to ask him about Michael Kelly, the Irish tenor — a friend of the composer, who sang in the world premiere of Figaro — and did he really save that work from the fire? I'd also like to know if he was a bit of a chancer or not, because we don't get to hear Mozart's side of the story, it's just Michael Kelly writing about his relationship with the great man. I'd like to set that straight.

"And I've a vested interest. I'd really like to know how many bassoon concertos he wrote. There's a lot of mystery about that. We have one we play all the time. But there could have been as many as four. I'd just like to ask him is that true, and where are they? I'm also really curious to know how the orchestra layout was, when he was playing piano concertos, and in the operas. How did it work? How close were the musicians to the stage? What way did they sit? The information we have is very vague. It could make a huge difference just to see the layout, how rehearsals worked, and how they went about producing operas. I'm sure it was very different from how we do it now. There's a bit of a hole in the history books about that process.

"There are a few other singers I'd like to get some gossip about. He had some wonderful wind players that he seemed very close to, like the horn player Joseph Leutgeb he used to write abuse about in his concertos, and his oboe players and bassoon players, with whom he also seemed to have a lot of fun. The idea of getting to know about them from him is really tantalising.

"I'd also like to ask him whether he had any political motivations behind the things he was doing. A few of his operas, including Seraglio and Figaro, were rather on the edge. Was there a political agenda behind them?

"And it would be amazing to know what the singers of his time sounded like, and what he really made of them. Even 30 seconds of a rehearsal. Did they swoop between notes? How tight was the rhythm? Did they stick to the tempo, as we do nowadays? Would he find our performances really shocking? Or maybe even boring?"

And Seraglio? "He wrote a German-language opera that he got rid of, Zaide, and then it progressed into Seraglio. I'd love to know what he didn't like about Zaide, or what he learnt from it that inspired him to write Seraglio. And did he have a political take on Seraglio? It's a very fraught topic, the Turks, Vienna, and all of that. It was his first mature opera in the German language. What difference did that make to him?

"In Seraglio you're dealing with spoken word as well as singing, and with a politically sensitive and un-politically correct piece of music. It's up to the director, of course, how you present an opera like this, so that's a challenge which is slightly out of my hands. You have music which is super-fun, and cartoonish, and, faced with modern-day sensibilities, that's tricky. As always with Mozart, he presents every single character, good and bad, rich or poor, whatever level of society, he gives them a really full treatment.

“We see the bad side of the good guys, and the good side of the bad guys all the time. Even the worst characters at the beginning of the opera, Osmin and the big, bad Pasha Selim, turn out to be pretty generous, with a soft side, too. And the heroic, white Westerners are just as awful as anybody else. If you stick with it, he has a fair hand with these things. Just as he does so often with the women's roles and the subversive roles in Figaro, that the lower classes are ruling the roost to a large degree."

And, if it's not too obvious, any questions about tempo? He laughs. "There are so many things you could talk about. Like how much compromise should you reach with a singer? How much should you insist that it has to be at a certain speed? And to what degree was he happy to leave it to others. I'd be very happy if I could go back in time and hand him a metronome. Even with metronomes, they say, it's only the first seven or eight bars that should count. And after that it's anybody guess. If I could go back and take a few voice memos from a rehearsal I'd be very grateful."

What about confidence in today's styles of vibrato and articulation? Would Mozart approve? "No. I'm not confident at all that he would like what we do. Things like rubato and portamento — the expressive bending of musical time, and sliding between one note and the next — they don't appear on the page at all. You can read a lot about them. He's sparse with dynamics, mostly piano and forte, and some of the articulation, the slurring, is very clear. It would be wonderful to hear what he did. But it's not as mysterious in that regard as with some other composers.”

Favourite moments in Seraglio? "I'm a sucker for the Janissary moments, the loud, politically incorrect passages, like the overture and the choruses with the triangles and all of the jangly Turkish instruments, which is just a brilliant, brilliant colour. And, like so many people ever since the Amadeus movie . . . Konstanze's big aria, Martern aller Arten, is just an incredible tour-de-force, and it's very hard to forget that image from the movie where she's singing in front of Mozart wearing a crazy outfit, just going up the scales, and then he's inspired to write the aria. And of course it's great within the context of the opera, as well. There's the fact that the aria itself is so huge, and then has these four solo instruments inside it, on top of what the soprano is doing. It's amazingly put together. It's a definite highlight. As is the music of Osmin, which is one hundred per cent hilarious. It counteracts all her high notes at the other extreme. He's singing down in his boots a large proportion of the time. It's a really difficult role. Osmin has to be so nimble, like a negative of Konstanze. He's flying around the bottom of the voice, which is comic. And it’s also great music!"

Watch all available episodes of Seraglio, the Mini-Series now.