Amanda Feery – ‘As Above, So Below’

ABL Aviation Opera Studio Composer Amanda Feery is working on a new composition, As Above, So Below, to be premiered as part of First Fortnight in January 2020. Here she gives us an insight into this new work and the inspiration behind it.

“no matter how deeply sunken or submerged – there can always be found a celestial, luminous spark that must ascend”

‘As above, so below’ is an oft-quoted adage, perhaps clichéd, though it still carries meaning. It is used as a means to comfort one another, but also to understand the mysterious and the familiar in the world around us. The phrase has myriad associations spanning the spiritual and scientific; from the synchronicity of the inner psyche and outer reality, to the aesthetics of beauty and orbits of the planets. It represents the macrocosm and microcosm - multiple realms of the universe all influencing one another. The ‘above’ can represent healing, transcendence, or a higher power, depending on ones beliefs. The ‘below’ is concerned with concealed thoughts and feelings, perhaps knowledge accessible only to the initiated, to those who have experienced it. The ‘below’ is an undercurrent that never really goes away, but is influenced, and can be managed by the ‘above’. My intention was to take this perhaps overused phrase and look at it from multiple angles, using it as a conduit to jolt the conversation around mental health into other places, not exclusively with our modern world, but with a more remote history; of myth and folklore. The title also represents the idea of individual ills resulting from larger societal ills. To me, this conjures up issues around feelings of alienation. I recently heard a TD acknowledge the issue of alienation among young and old in Ireland. They did not offer reasons as to why this might be, perhaps fully aware that our current government continues to perpetuate one cause of alienation; the commodification of everything, from the roofs over our heads, to our forests, to the arts, etc. This issue of alienation is not a recent one; both Max Weber in 1920 in The Sociology of Religion and Ernst Fisher in 1971 in The Necessity of Art talk about how changes in the western world, capitalism, and the prioritisation of scientific rationality led to isolation, alienation, and disenchantment. It goes back to the above and below, the macro and micro, these larger issues influencing the individual. Unsurprisingly, these are issues that surfaced in conversations and in the texts written by participants in the workshops.

As Above, So Below will be premiered as part of How Aria?, a new community opera project taking place during First Fortnight 2020. Over several weeks in September and October, poet Stephen James Smith led writing workshops with service users from St. Patrick’s Mental Health Services that formed the text for the piece.

I was moved by the participant texts, how raw, poetic, funny, and hopeful they were, how quickly they composed, so much expression sitting at the surface. It really reinforced for me the idea of a creative route of expression via words and song, how that can function as an outlet and lead to the expression of something much more direct than if one were having a spoken conversation. It was a challenge for me to assemble the texts together as a whole, but I used them as entrances into themes around mental health, following a very loose narrative path, shaping them around a history of asylum in Ireland, being unseen, stigma, and dark days. That’s not to say that all the texts dealt with the idea of the ‘below’. The piece ends on the ‘above’, on resilience, the Sun, rebirth and new beginnings.

The piece is written for mezzo-soprano, Bríd Ní Ghruagáin, and percussion quartet Bangers and Crash. While the text, and musings on the meaning of ‘as above, so below’ have been a large influence on the musical material of the piece, inspiration has come from other places.

A quote from writer, Mark Fisher;

the 21st century is perhaps best captured in the ‘bad’ infinity of the animated gif, with its stuttering, frustrated temporality, it’s eerie sense of being caught in a time-trap 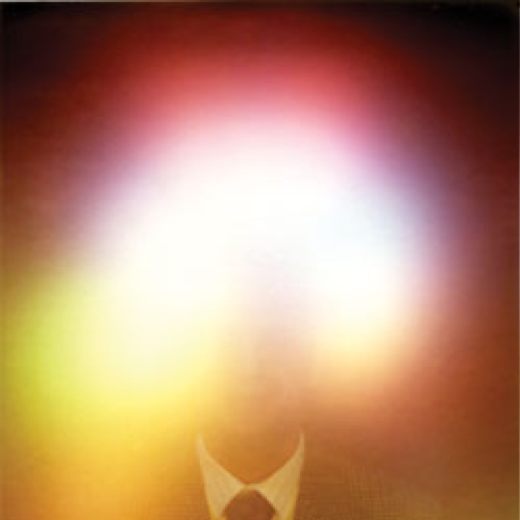 Sometimes the musical material is hazy and obscured, while moments in the vocal part play with breath. I was also interested in playing with muffled diction, inspired by Kate Bush’s song Watching You Without Me, where Bush conjures a disembodied vocal through concealed enunciation, only allowing vague plosives and sibilance to get through.

Additionally, the vocal writing comes from prompts in the text – there is anger in there, as well as frustration, and optimism. It was interesting to experiment with the idea of both weariness and defiance in the voice, allowing me to think about different vocal ranges, colours, delivery, and atmosphere.

This project came to me at a time when I was processing loss, and when I probably most needed a creative outlet. For that, as well as getting to meet the workshop participants at St. Patrick’s Mental Health Services, and setting their beautiful texts (hopefully faithfully!), it is the most rewarding creative project I’ve been part of. I want to thank First Fortnight, Irish National Opera, and the staff and service users at St.Patrick’s Mental Health Services for the opportunity to be part of the project.