With 20 operas, 27 performers and over 50 costumes in 20 Shots of Opera, costume designer Katie Davenport has certainly had her work cut out for her over the last few months. But what’s it like creating costumes for 20 different operas all at the same time? We caught up with her to find out.

How many people have worked with you preparing these costumes?

4 people in a department helmed by costume supervisor extraordinaire Monica Ennis. Caroline Butler and Nicola Burke were the brilliant costume assistants and standby supervisors on the shoot days. Denise Assas made 4 exquisite costumes, among them, Michelle O’ Rourke’s flesh and pink Venus tulle frock for ‘Dust’ which Denise hand stitched. Carole Dunne and Paula Melian were a magnificent team overseeing Hair and Makeup. 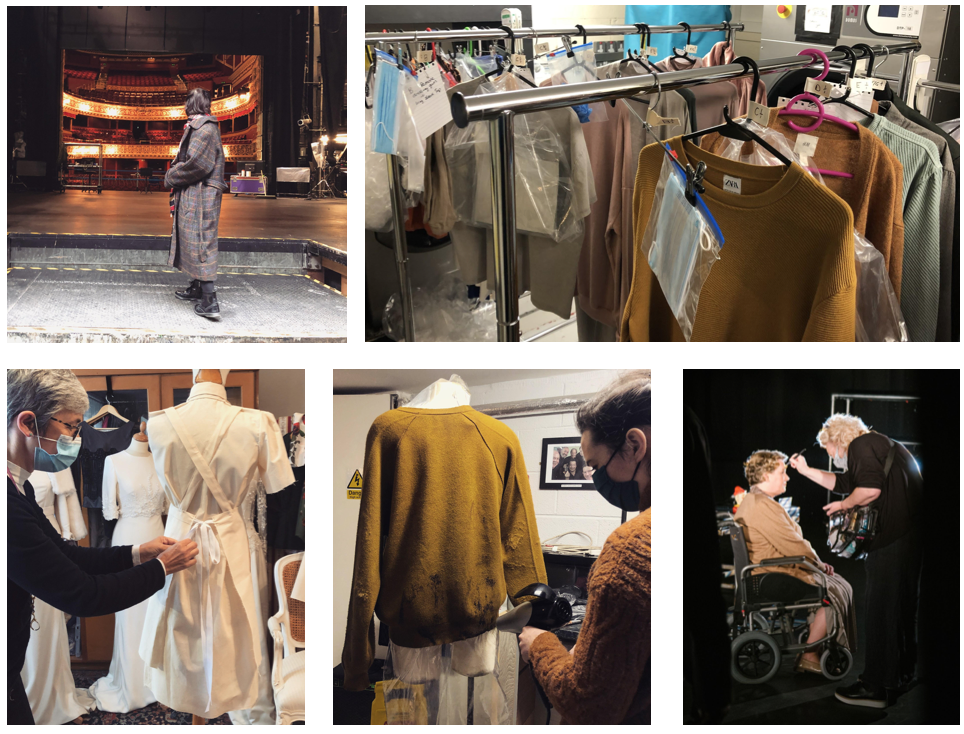 Costume Design for 20 Shots of Opera

How do you navigate the challenge of working on multiple operas at the same?

It definitely took a while to get into the swing of things, as myself, Sarah Bacon (set design), Paul Keogan (lighting design) and Hugh O’ Conor (series director) began liaising with each of the 15 directors, the technical teams and rehearsal room over zoom. It became easiest for me to view the 20 pieces as a large opera with many varying scenes, a collective with a few recurring motifs in terms of colour and form in the costume design. It was brilliant and a bit bonkers. 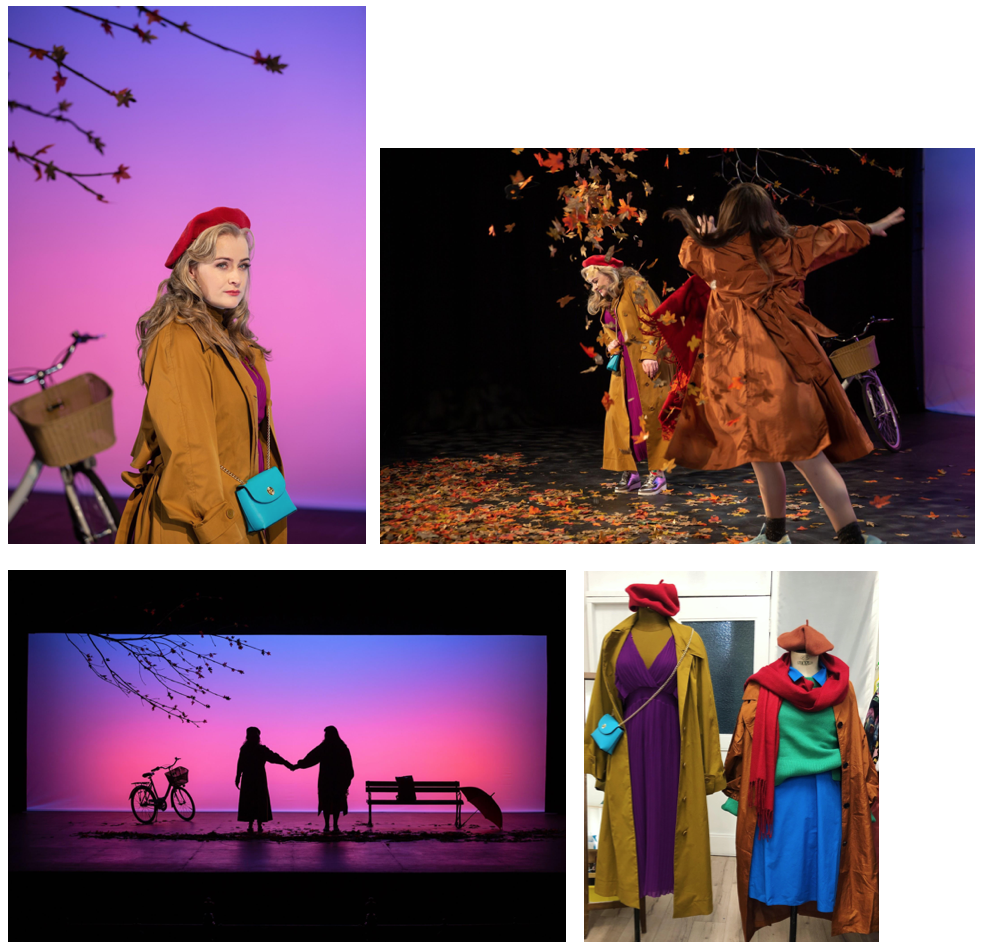 Can you explain a little bit about your process for designing for 20 Shots of Opera?

The design team began work about a week before rehearsals began. We had 6 weeks to meet with the directors, design and execute the work in time for the scheduled shoot days.

I would usually research and draw months before a production, however in this instance we moved straight into rehearsals and I began working intuitively with fabric and colour very quickly from the start.

There was an initial meeting with the director, in terms of the music and initial vision for the film, perhaps an image or idea of how the camera would move through the piece, and following that would be a day or so of design work before sourcing with the costume supervisor and drawing up a costume pattern for the maker.

There had to be a very fast turnover of work and communication. I had joked to Sarah Bacon at one point, that it felt a little bit like we were training for a design olympics – a frenzy of dreaming up new atmospheres everyday.

When we moved into the filming schedule, we shot 2 films a day (3 hour shoots) and prepared the costumes for the next day in between shooting.

Boiler suits, hazmat suits, chemical splash workwear, brilliant blue latex gloves and visors – an assortment of coordinated PPE pop up as costume choices in many of the pieces, a theme that reveals the period these films were made in. And then the opposite, skin and nakedness is another visual element in the costume design - an antidote to a year of covering up. I was also very drawn to silk at that time and how it takes and reflects back light, so I used it in scenes which had a lot of internal light and camera movement. There was something lovely about the simplicity of some pieces – in one film, the only costume design was these twin lopsided black bob wigs. We moved swiftly through sharp film noir attire to technicolour romance frocks and back into loungewear again.

What is your favourite costume from 20 Shots of Opera and why?

Michelle O Rourke as the Anti-Venus in “Dust”, an expression of the death of biodiversity.

The dress was a soft situation, delicate, feminine, earthy, fishlike and fleshy with skin exposed through light layers of tulle. Both elegant and a bit sickly at the same time.

During this piece, Michelle sheds this second skin as the world dissipates around her into dystopia.

The frock and gloves were made exquisitely by Denise Assas.

What is the most unusual costume you’ve made for 20 Shots of Opera?

Claudia Boyle as a microbiologist in a bright yellow PVC chemical splash suit with an added pocket for stashing doughnuts. 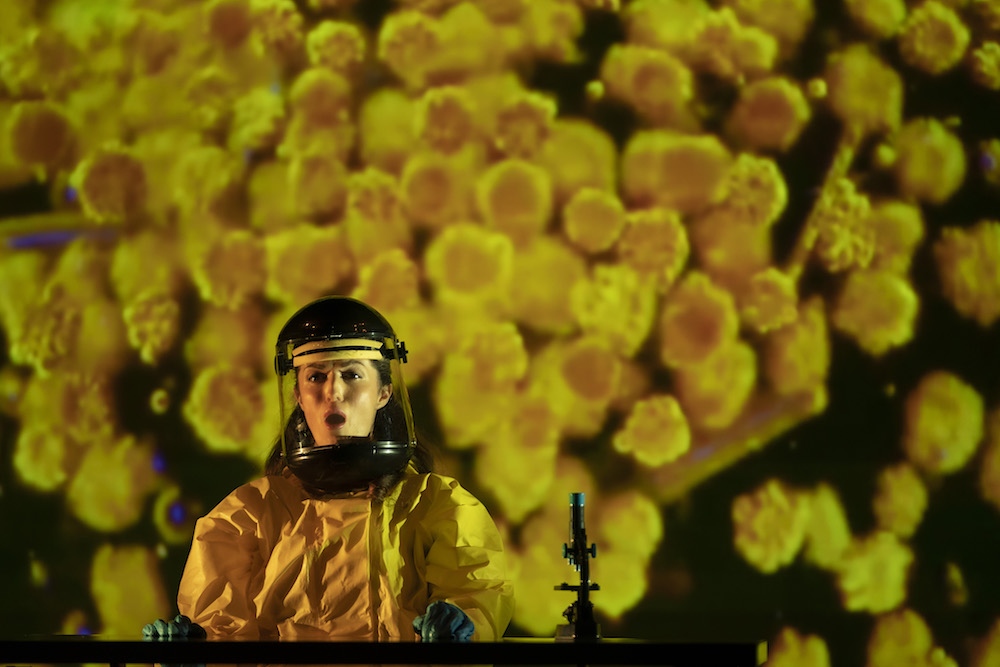 Has it been different working for film, rather than stage?

In ways yes it is different, my medium is usually live performance – theatre, opera, dance. Film moves at a different pace, with different technology. But the process of design is essentially the same - feeling an initial response to the text, working with instinct to find a way to reveal a characters’ story through clothing. Knowing when to stop. In all art forms, as costume or clothing designers, we are always remaking the masks and costumes of our varied traditions, in some way. The mechanism of how costumes are made and the process of meeting and creating with cast and directors is the same shared collaborative experience, whatever the medium. 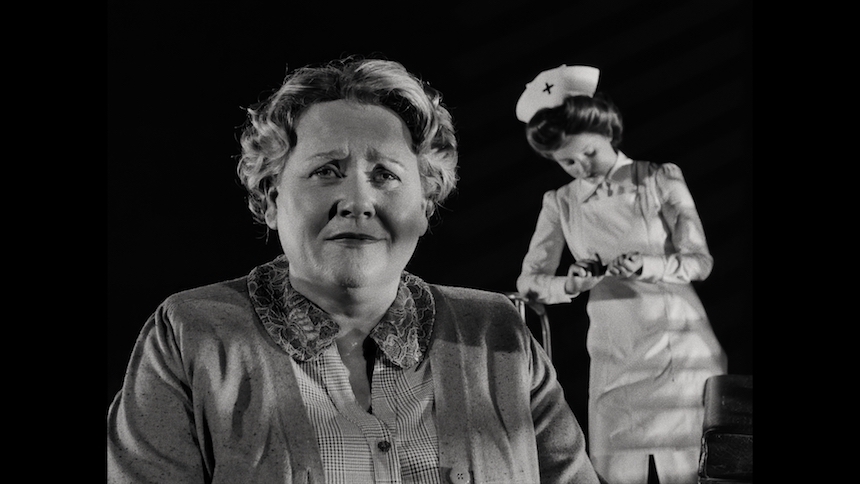 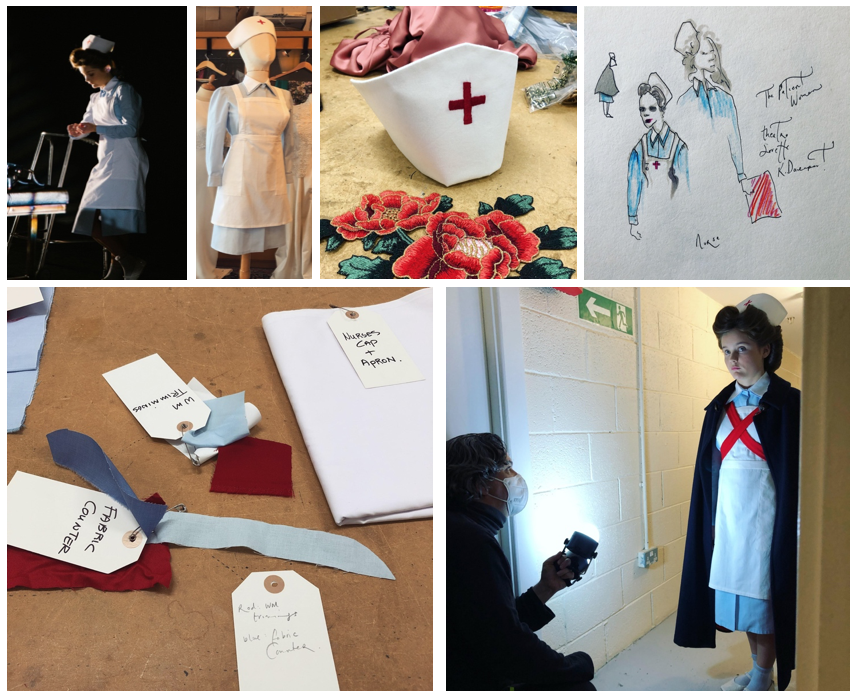