Eurydice. Daughter of Apollo. Demi Goddess. Died from a snake bite. They say the snake represents rebirth. There’s Amor the God(dess) of love. Hades, the God of the Underworld.

A hero’s journey. Orpheus our hero, Amor the trickster, Hades the hurdle and finally Euridice, the Goddess. 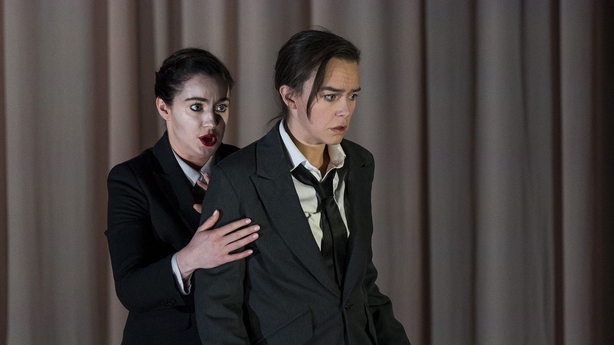 First time directing an opera. First time properly working with a pre-existing story. Opera. Yikes. Ok it’s a dance-opera. I know dance. Don’t know a huge amount about opera. I remember reading something about the vagus nerve which wanders from its roots in the brain all the way down to colon. It lights up like electricity when stimulated by the voice and by movement, and then travels outward into the surrounding environment. Ok maybe it’ll be alright, maybe singing isn’t as unfamiliar as I thought. I was fortunate for this to be my first opera, having this organic blend of singing and dancing. In fact, this opera requires dance. Gluck wrote dance music into it in a way that was totally integral to the story, most of it anyway (we left out a few bits that felt superfluous). It wasn’t just for light relief, between scenes, as was the trend back then. He pared everything back to the essentials of the story, the emotional and atmospheric journey that our hero Orfeo/ Orpheus embarks on. I learned that’s why it’s known as a reform opera. A reaction against the pretentiousness of the pervading opera scene, popular with the masses at the time. Gluck’s score is astoundingly beautiful, pure humanity and at times feels like sacred music. It was a real gift to pour my imagination into something so juicy and expansive. Irish Baroque Orchestra’s Peter Whelan, our conductor, was in the room playing during the entire rehearsal process, a dream to work with, breathing pure silky air into each note he played and conducted. What a luxury.

I learned that in the territories of myth, dualities are blurred, divisions between male and female, good and bad, dark and light are non-existent.

The myth of Orpheus is like a biblical one. It’s a kind of morality tale, essentially about being human, the mystery of life and death, the conscious and subconscious. It’s very spacious, but also beautifully pure in its essence. Gluck’s Orfeo ed Euridice is quite clean - it’s dealing with big emotions but the plot isn’t complicated by chit chat and loads of characters. It’s more like a poem. In the original myth Eurydice dies on her wedding day, from a snake bite. Heartbroken Orpheus is visted by Amor the God of love, who encourages him to journey to the underworld to bring her back, on one condition, he can’t look at her until they’re safely back in the upperworld. So far, so Greek. He overcomes every challenge, even beginning his ascent back upwards with his wife but alas weakens at the last moment and looks at her, losing her forever. Gluck added another ending, a deus ex machina, where Amor takes pity on him after all his effort, and restores his Euridice back to life. And they all live happily after. For me this happy ever after felt a bit trite and undermines the essence what Orpheus has endured, and more fundamentally what Eurydice actually stands for- she’s the keeper of the mystery. She’s dead, and has already transcended the flesh. She’s not waiting to be rescued. She’s blissed out where she is. There’s a satisfying restoration of masculine and feminine balance in this. Well...actually the libretto has her relentlessly pleading for Orfeo to look at her. You could easily find her pleas annoying and see her as the naive babe in the woods. Or you could see her as the ultimate judge, the sublime apocalyptic apparition daring him to look at death in the face. I went for latter. After all, Eurydice (Euridike) means "she who extends justice widely". 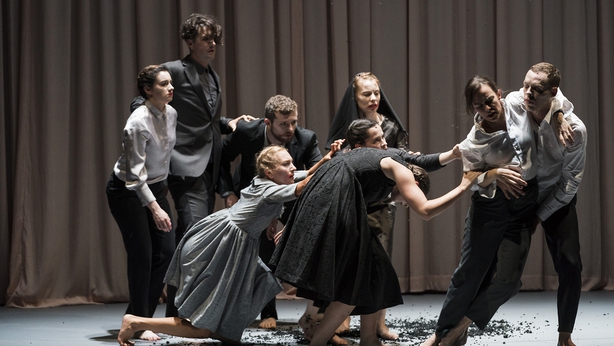 There’s not a lot of stuff out there about Eurydice. A bit like Mary Magdalene. But she is ‘it’. The ungraspable, omnipresent, and in this one she is the fabric of the visual world Sabine Dargent, Catherine Fay, Stephen Dodd and I conceived. In death she has become time and space itself. We talked about the space representing the feminine, about funeral parlour glamour, the female body, steamy hammams, St.Therese’s shower of roses.

The myth of Orpheus is like a biblical one. It’s a kind of morality tale, essentially about being human, the mystery of life and death, the conscious and subconscious. It’s very spacious, but also beautifully pure in its essence.

During this process I got mad into Campbell, Jung and comparative mythology. I learned that in the territories of myth, dualities are blurred, divisions between male and female, good and bad, dark and light are non-existent. That caves are the womb of the earth. The hero’s journey is about transformation, like life, a journey from womb to tomb - we return to the earth to be reborn. Apocalypse in Greek means ‘lifting the veil’. Just before we started rehearsals I had a crazy snake dream, where I was being chased by a giant yellow oily snake in a concrete tunnel underground. I’m not a fan of snakes, so it was actually a nightmare. Snake dreams are apparently your subconscious shouting at you. Myth dreams. 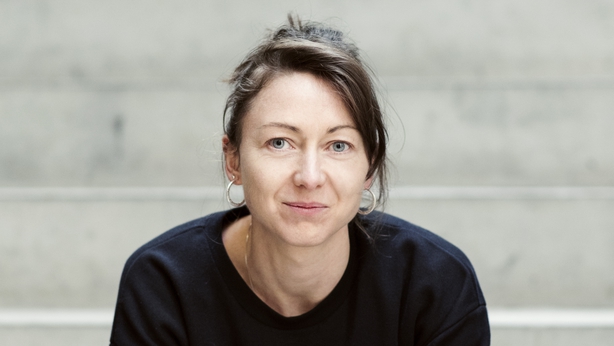 For me the entire Orpheus and Eurydice myth is just that: a lifting of the subconscious veil. It’s not really about Orpheus ‘winning’ Eurydice back. It’s about submitting himself to the unknown, undergoing a kind of death.

The glance at Euridice shocks his soul awake. This was his moment of transformation. 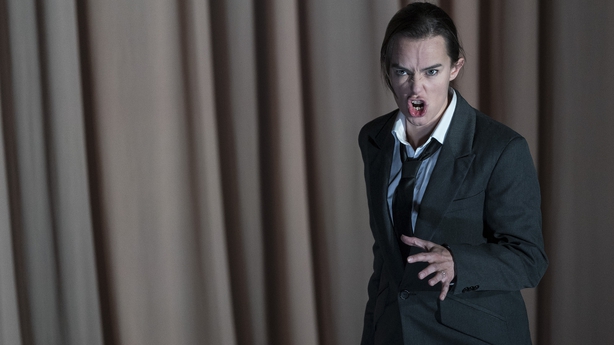 Everything he encountered along the way from the mourners to the furies to the blessed spirits were guiding him towards this moment. Sharon Carty plays Orfeo in this production. She shared all these instincts that I had, and it was a thrill to see how intuitively and rigorously she put them into her voice and body everyday. There’s a belief in Islam: "When the angel of death comes it is terrible, when s/he reaches you it is bliss."