From Kilkenny to London via opera houses all over Europe, director Orpha Phelan has worked her way to award-winning success. We sat down with her to see just how she ended up directing some of opera’s masterpieces and what we can expect from her new production of Rossini’s Cinderella.

How did you end up directing opera in some of Europe’s finest houses?

I wasn’t really aware that there was such a thing as a director until I moved to London to do an MA and started going to see operas several times a week. Seeing so many and such varied productions highlighted the importance of the role of the director to me. I was soon offering my services (which back then were very limited) to any director who would have me as an assistant – just so that I could be in a rehearsal room, drinking in as much of the art form as I could. I slowly started getting paid work as an assistant director and very gradually things took off. It was several years later when I had my first big gig, with Opera North and Opera Australia – Bellini’s I Capuleti e i Montecchi. I was lucky to develop a relationship with a few houses in Scandinavia some years after that. This year I made my debut in France and next year will be my first time to work in Germany. It’s been a slow process – but one I’ve enjoyed very much!

You work specifically in opera, rather than in theatre. Did you have a musical background that led you to specialise in the art form?

Music was very important to me from an early age, but I was never a particularly talented performer. However, I had the gift of appreciation! I remember, when I was ten or eleven, learning chunks of La traviata phonetically. I used to sing along to my mum’s old records, pretending I was Violetta, dying from consumption. I’d play the records again and again, and the cattle on my Dad’s farm would come and listen to it in the field which backed on to our garden. Opera is the pinnacle of the arts for me – music, drama, design – all wrapped into one unique art form. So it was a rather obvious step for me to try to pursue a career in it.

What is your most memorable production?

This is a really hard question. I’ve worked on many and varied productions across the repertoire, from classical to contemporary, and I’ve loved each one dearly for a variety of reasons. I really like working in Ireland. There’s a directness and warmth here which you don’t find in many other places – and it still feels like home to me. So, I suppose I’d have to say that one of my happiest times was directing Così fan tutte for Opera Theatre Company seven years ago. Billy Budd for Opera North was also a production I’ll remember for a long time. All of the elements came together for that one – cast, conductor, chorus – in a mind-bogglingly sophisticated yet in some ways very simple piece. It was also a real joy to work with Richard Bonynge, a true master of Bel Canto, at the Sydney Opera House and see how, with a raised eyebrow or gentle nod, he could transform the way singers sang. 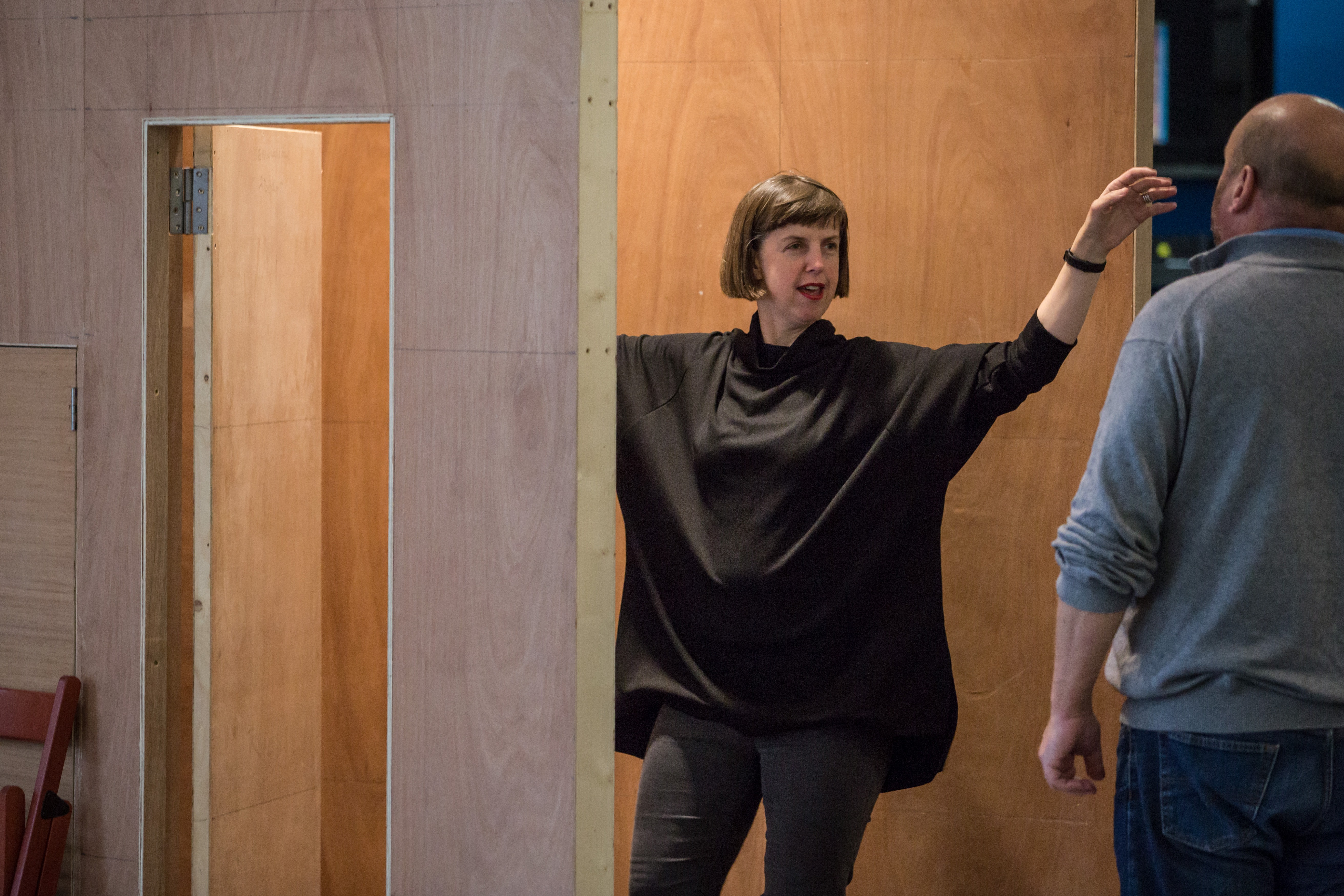 If you could have any other role in opera what would it be?

I really love directing. I like organising large (and small) groups of people – explaining my vision to them and enabling them to execute it for me. It’s quite a thing – having your own ideas and then handing them over to other people. But I suppose if for any reason I couldn’t be a director, and if I could be granted the appropriate talent (!) I’d love to be a conductor. Conducting requires many of the same skills as directing – but several others too!

This is your first time directing for Irish National Opera. Can you tell us a bit about your inspiration for this production? What can we expect to see?

Well, I don’t want to give away too much! But I can say that designer Nicky Shaw and I spent a long time thinking about books and fairy stories. No matter where else we turned, we kept coming back to the fact that Cinderella is a fairy story. So…. there will be books! This will be a magical production, exuberant and fun filled, but it will also leave room for us to reflect about our hopes and wishes and what is really important to us. 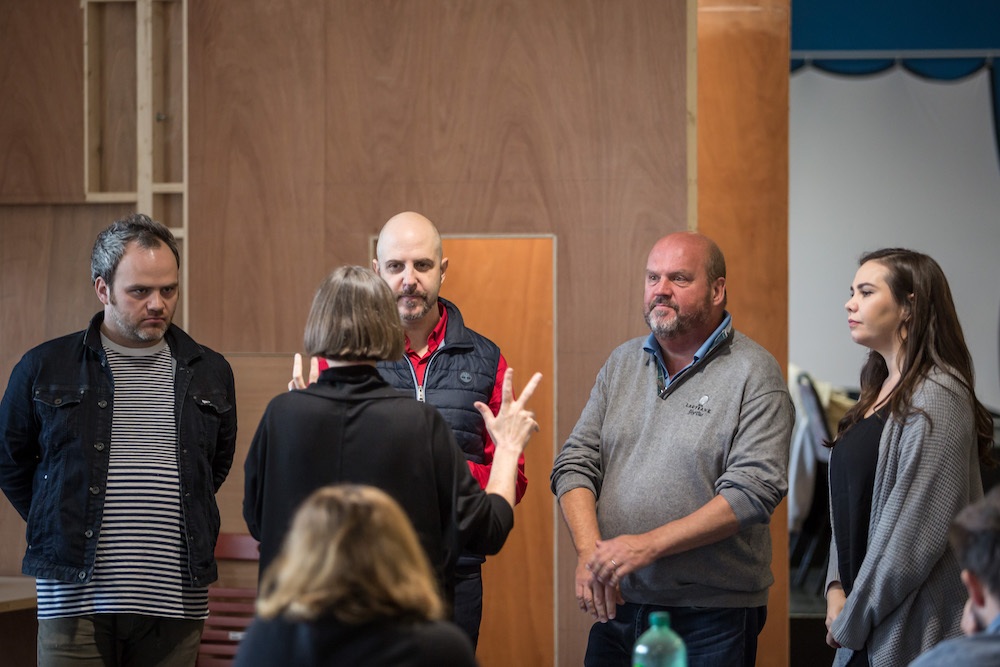 Can you tell us a bit about the relationship between designer and director. Is it very collaborative or does the direction dictate the design?

For me, direction and design go hand in hand – so much so that it’s often difficult to remember whether the director or designer has made certain suggestions during the process. I have hours and hours of meetings with designers, going through operas in miniscule detail. To begin with, I usually have a list of important things that I’ll need in order to direct the piece, like a bed or a gun or a doorway. The designer and I go through this list together, imagining various different ways (some realistic and some not so literal) of realising it. We slowly come up with a concept – but often end up binning it in favour of a second or third idea. It takes time for the seeds to grow. Sometimes it’s hard to tell when something is wrong – but when it’s right, it’s right. Like for Cinderella, you just know when the slipper fits!

What do you hope audiences will take away from this production of Cinderella?

This is not about the boy rescuing the girl – it’s really about everyone, even the prince, finding self awareness and redemption through the kindness of Cinderella. She is a feisty character! She stands up for herself throughout, but is always compassionate. She cares not for what is on the outside, but with great determination she burrows deep deep down until she finds humanity in everyone. Ultimately it’s about the triumph of goodness. Maybe the audience will realise that even though Cinderella is a fairytale, there are such people around us too, who can make us better people, if we take the trouble to see them.

If you had to give one reason why audiences should come and see this production what would it be?

It’s a fantastic story wrapped up in delicious melodies, sung by some of Ireland’s greatest voices, delivered in a sumptious set with fairtale costumes! A brilliant night out! Errm… I think that’s more than one reason….