Costume designer Katie Davenport gives us an insight into her designs for our production of Mozart's final opera, The Magic Flute.

It’s not always the case, but in my experience, costume design enters the conversation a little later in the process, after the director and set designer have narrowed down their approach. On this show, Caroline (director) and Ciaran (set designer) had early conversations about setting the story in the late Victorian period, 100 years after The Magic Flute premiered. This was my starting point in individualising the visual and textural reality of individual performers, and in collaboration with Ciaran, complementing the broader visual design and giving each singer the guise in which they enter the world he and Caroline have created. I seek to create continuity of themes, but also use this time as an opportunity to explore the dramatic possibilities inherent in the narrative. The costumes do not just meet the needs of the immediate text or libretto but also constitute a means by which the performer is linked to broader themes that transcend a moment.

There are two distinct worlds in our telling of this opera: the atavistic world of the protagonists, led by their passions - wild and mythic folklore in the Irish countryside, and then Sarastro, an example of colonial mentality, in a sober Victorian manor. Nature versus culture.

Here, the characters, borne of the Irish landscape, are clothed in natural tweeds, straw, wools and linens dyed colours of sea, heather, fields and blood. The design marries traditional Irish costumes of festivity with accents of our rich history of mythological characters.

Pamina wears a tradition Claddagh costume. The Claddagh tradition was full of bright colours and textures, borne of a fisher village of spanish and celtic influences. This beautiful square hooded cloak was made by Denise Assass, using a flecked Magee tweed. 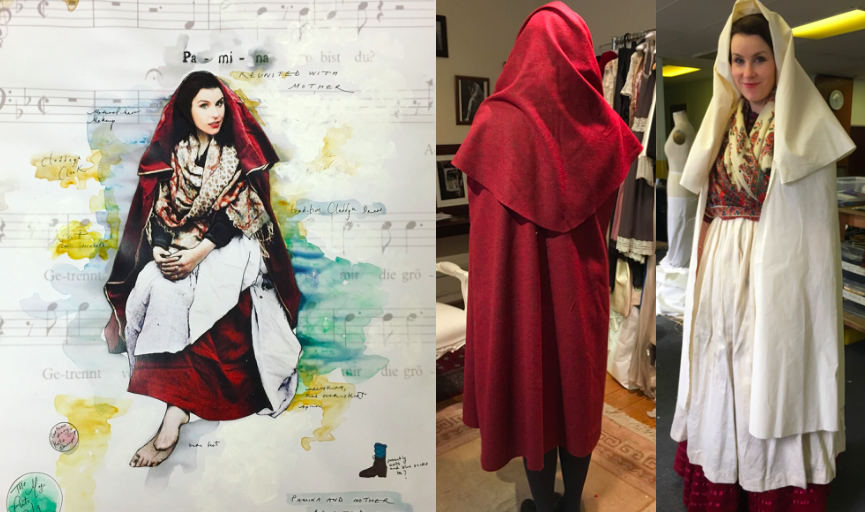 Papageno is a Mummer or straw boy. This tradition celebrates the wren by wearing masks, straw suits and colourful motley clothing and ribbons. This costume is meant to mirror the shape of a bird, with the movement of the straw likened to feathers. The traditional headpiece has been constructed to function as a birdcage headpiece that can be worn, popped open to reveal the face and then taken off and held by the handle or placed on stage and used as a birdcage prop. 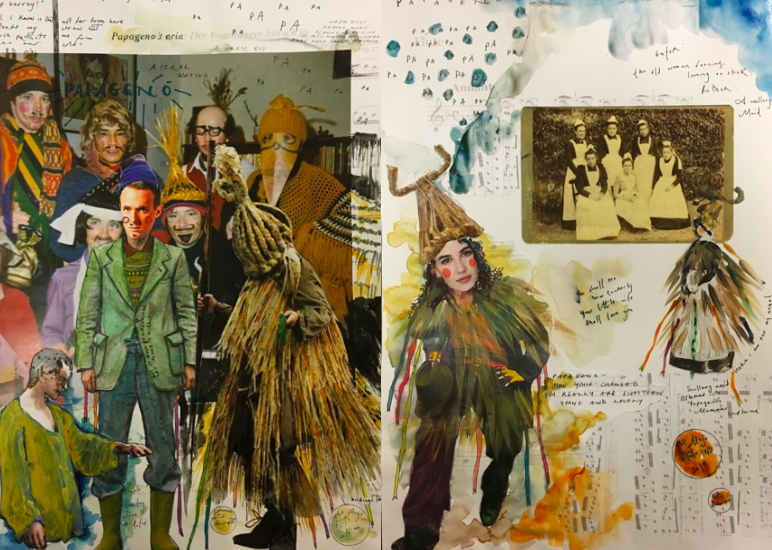 Papagena, a scullery maid in Sarastro’s manor, is mocked by the priests, and dressed up in Papageno’s Mummer outfit. Her unification with Papageno in the last scene - they see in each other, a joyous mirror, two mummers, two lovers, dressed in festivity of flight. These straw boys were made by Saoirse O’ Shea, with headpieces by Ger Clancy. 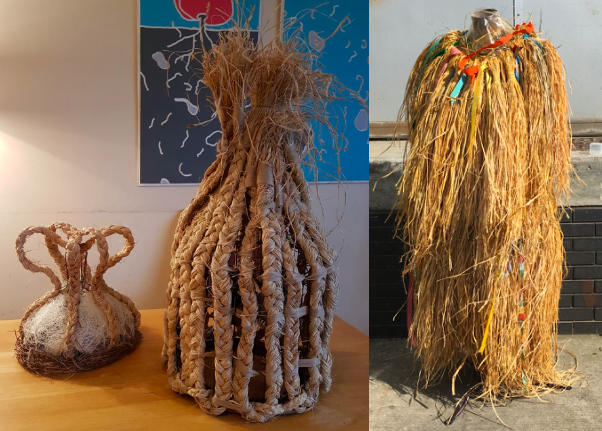 Our Queen of the Night is a grieving banshee in the Irish landscape. We used Irish fabrics - linens, lace, calico with silk through it and an Irish boiled wool shroud. There is a slight hint of sparkle in the sequined lace, a nod to the throne of stars, and she is wild, and animal horned in the Landscape. 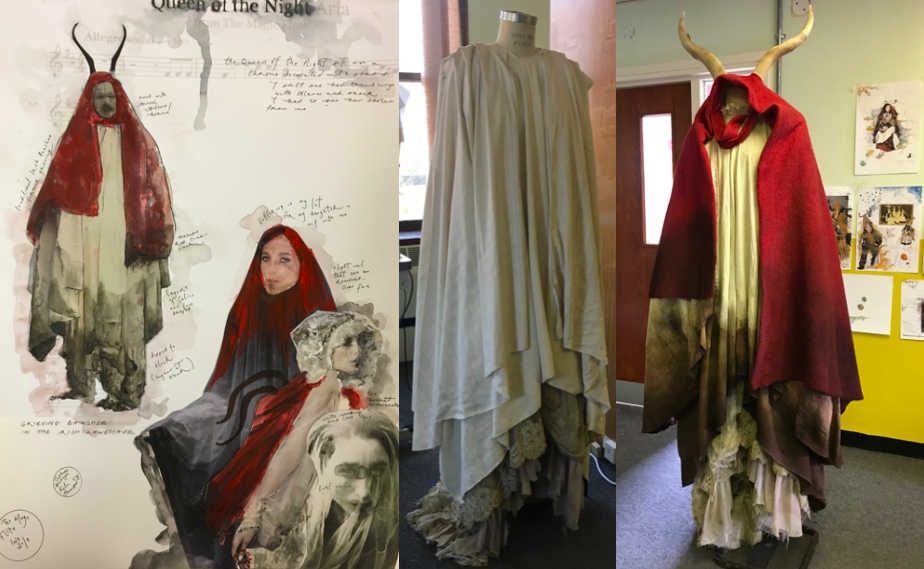 Costume made by Raziana Nojib, breakdown art by Sinead Lawlor and horns made by Ger Clancy

Contrasting the free nature of the Irish landscape, the confines of Sarastro's temple, symbolised by the Victorian Household, are defined by structure and order.

A chorus of scullery maids, housekeepers, livery men, butlers, footman, in perfect whites and blacks, starched cuffs and bows, polished boots and tailcoats denote the splendour of a victorian manor in 1891, Sarastro’s fixed and immovable temple.

The costume department made up all the white cotton aprons, hats, cuffs, collars and bows from scratch

Pamina in the clutches of Sarastro, is now dressed in the image of his staunch Victorian world. First, laced into a corset (chained), then a flutter of late Victorian splendor in a large yellow satin frock, and lastly in a meringue of Victorian bridal lace, silk and tulle.

The Temple Priests, a gander of victorian gents in a vision of aesthetic dress which was adopted by men and women at the time who wished to communicate their identification with artistic practices and refined sensuous pleasure in beautiful fabric and colours. We have used wools, silks and velvets to establish a Wildean aesthetic.

The Magic Flute is on stage at the Gaiety Theatre until 25 May.

You can learn more about the production and see how Katie's costumes come to life on stage here.