A Masterclass with a Golden Voice

Regular masterclasses with internationally acclaimed artists are one of the cornerstones of the ABL Aviation Opera Studio programme. Studio Singer Bríd Ní Ghruagáin talks to us about preparing for the recent public masterclass with superstar tenor Joseph Calleja which took place at the National Concert Hall ahead of his gala performance there in December...

I am a nervous creature, but I am ambitious. It can be hard to reconcile one part of me with the other. So, an invitation to take part in a masterclass elicits excitement and nerves in equal measure. Joining the ABL Aviation Opera Studio, I knew that I was likely to have to step up and do more of these masterclasses. I had a few under my belt, but my voice is always changing, and with it, my repertoire. I was keen to get the opportunity to sing for experienced, world-class singers. The first such chance for the class of 2019/2020 was with the Maltese tenor, Joseph Calleja. 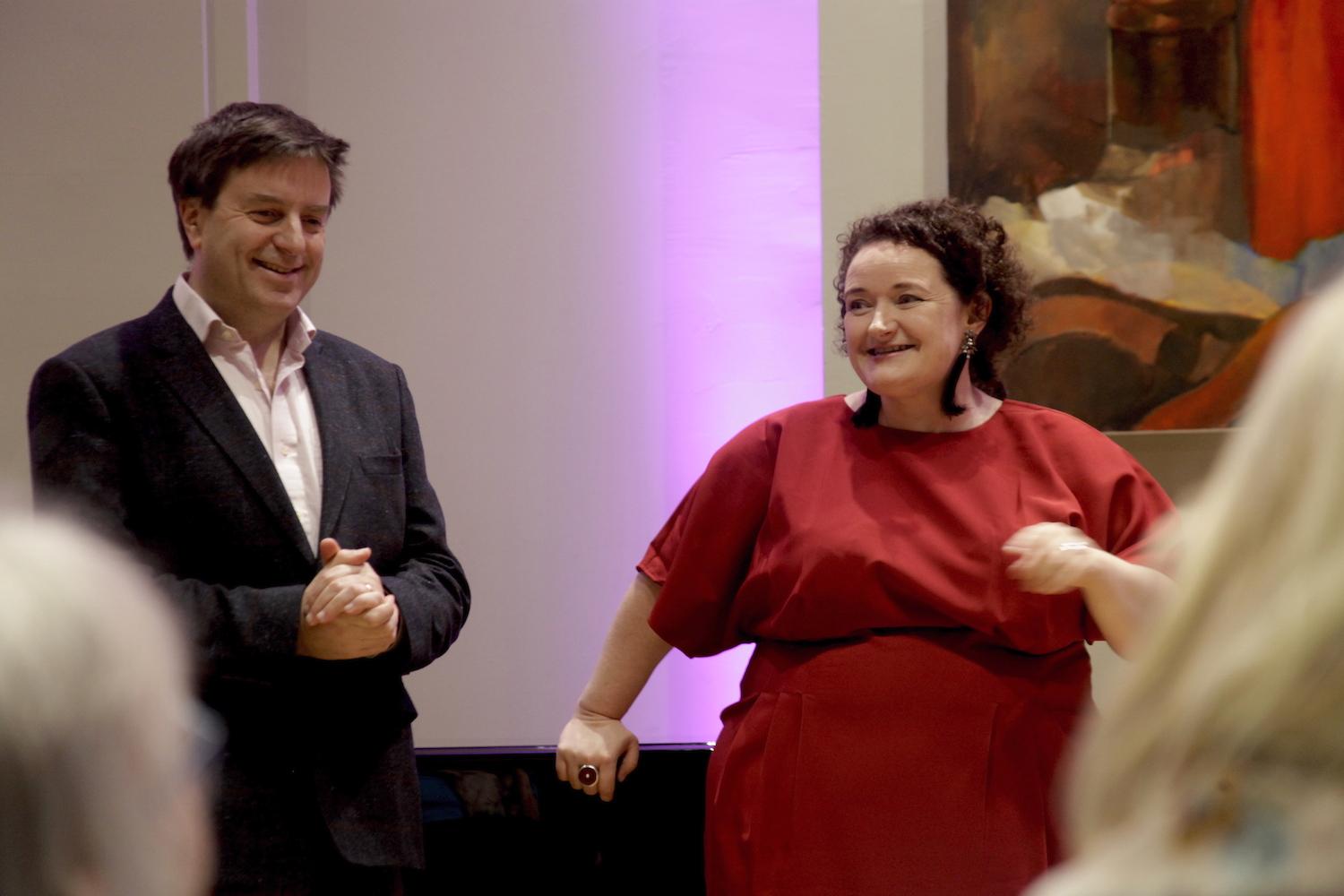 I ask three questions of each masterclass before I decide what to sing:

I think I approach things differently if I know I’m singing for another mezzo, or dramatic soprano. Singing to the home team brings extra baggage. So, while fellow studio singer Andrew Gavin might have to contend with that, I can focus a little more on the material. I hit Google and find out all I can about Calleja. What is he singing currently? What recordings does he have? I quickly ascertain that he has a lot of Donizetti and Verdi in his wheelhouse, as well as big French roles like Werther and a lot of Puccini so those are in for consideration.

I’m keen to work on my Italian diction. I have a few Verdi arias knocking about inside my head – one quite short and the other quite new. While both would benefit from Calleja’s expertise, I feel I’d rather bring something more polished, more sung-in and my Donizetti repertoire would give me the opportunity to work on a wider range of issues. I wanted to sing something French as well, as I have been learning new repertoire here too. Aging out of younger roles, I had stumbled across some exciting roles that, if I nailed them, I could sing for the next twenty years.

A perennial question for female singers is “What’s the dress code?” It gives the appearance of us being fashion obsessed, but it is a minefield! You go to a masterclass to showcase not only your voice, but your performance too. So, dressing smartly while feeling alive in your aria is important.

Having parked the Verdi rep, I opt for Leonora’s “O Mio Fernando” from Donizetti’s La Favorita. It has recitative, long, slow passages, and a quick shift in tempo to a brief flash of heartbreak-infused madness – the WORKS! It’s the kind of aria that can show off vocal and acting ability, and also give lots of scope for improvement. My other choice is from the lesser-known Le Prophète by Meyerbeer – “Ah! Mon Fils!” and the character Fidès. Her music is heart-breaking!

A performance for a performer 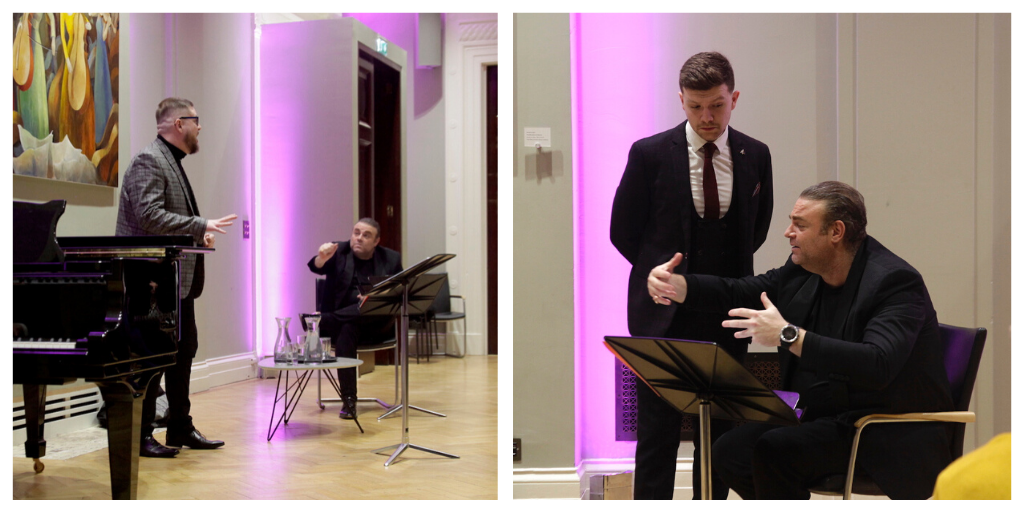 We have a half-hour each with Mr Calleja and the time flies. Working first with baritone, Rory Dunne, Calleja took a single word: “piccina” in Leporello’s Catalogue Aria and opened up a whole other world of interpretation. While taking care never to overrule our artistic choices, he offered another angle to enrich our work. Reflecting on Andrew Gavin’s wonderful high notes, he suggested that sometimes it can be better to leave something in the tank. Just because you can sing an F four phrases from the end, doesn’t mean we always should. Let the final C be as glorious and triumphant as possible, without being foreshadowed. He chatted enthusiastically with Kelli-Ann Masterson about her choice of Donizetti aria and the knowingness of her character, presumably having often sung opposite her. The richness and depth of his stage experience as well as vocal expertise was a well we could have drawn from for hours!

For myself, two things that had particular resonance were his gentle reminder to watch my diction so it does not hamper my sound production, but also to give myself permission to take a pause. He reminded me to take the time I need for a big flourish. If there’s a pause in the orchestra, let them wait. Allowing your voice some room can feel like a diva move, but if you think “I want to give the audience the best possible phrase”, you turn the act into a charitable one instead of a selfish one. 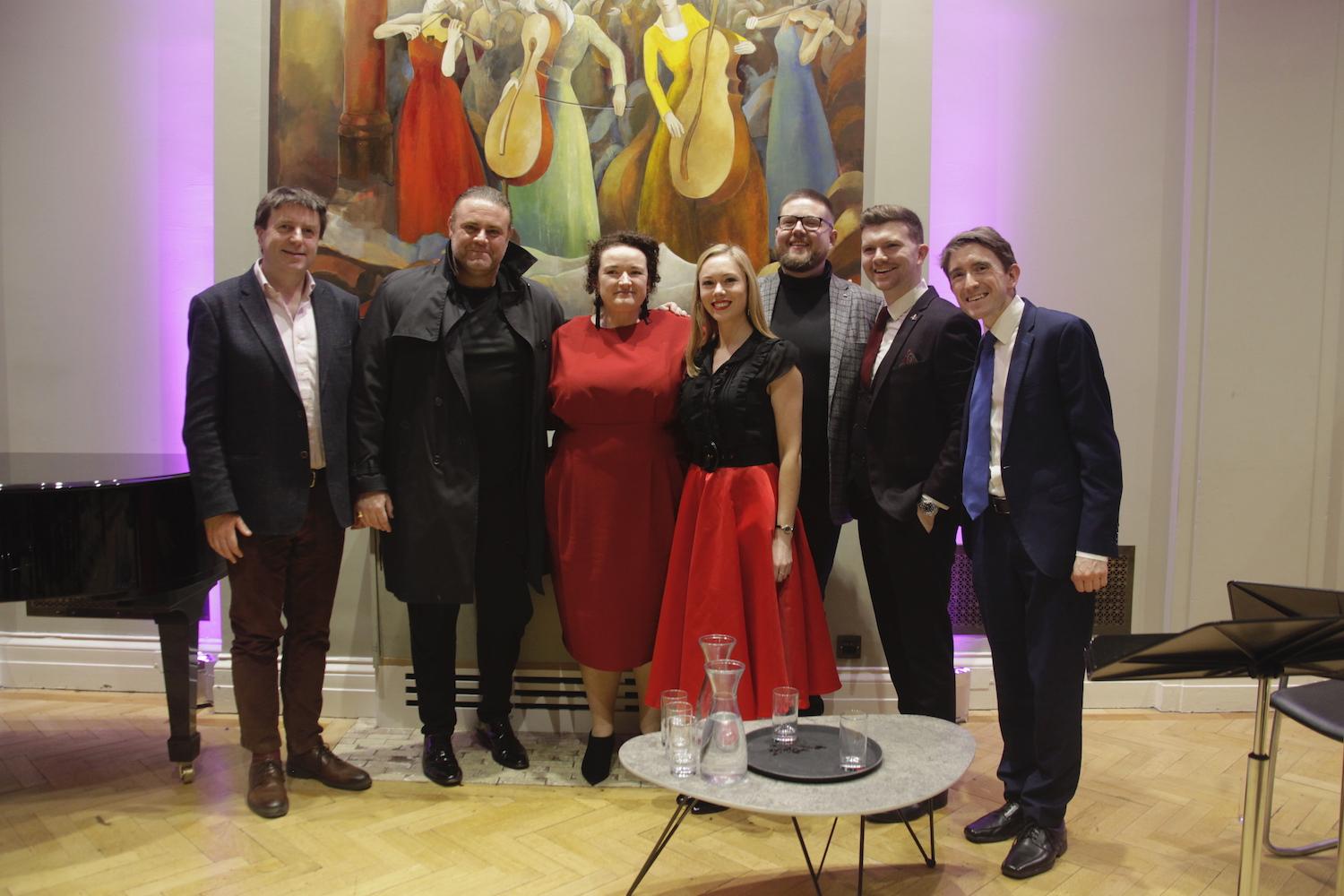 In the moment, I remember thinking ‘I should be taking notes’, but decided instead to keep eyes and ears open and just soak it all in. Later that evening I wrote reams on the pointers he gave me and my fellow studio singers. I think often of the former Munster & Irish rugby player Ronan O’Gara: He kept notebooks as a player and a coach, and can find an inspirational tract, or guiding principle almost at will. This is something I have worked on over the last few years – journaling these experiences so that I build up a library of excellence from which to draw when I come up against a technical or artistic hurdle as an opera singer. Joseph Calleja has added to this library. So too have Andrew, Rory and Kelli-Ann with their artistry and openness. Bring on the next masterclass!