5 Reasons You Won‘t Want to Miss Least Like the Other, Searching for Rosemary Kennedy

Like to be at the cutting edge of what’s happening in Irish opera? Least Like the Other, Searching for Rosemary Kennedy will premiere at the Galway International Arts Festival with just five performances of this brand new opera, composed by Brian Irvine. That’s only five chances to see this exciting new opera live as it is revealed to the world for the first time.

Arguably one of the most famous and fascinating American families to have ever lived, Least Like the Other tells the shocking, untold story of the eldest daughter of Rose and Joe Kennedy. The opera explores a hidden side to the Kennedy story, one that had tragic consequences for their eldest daughter Rosemary. Discover more about America’s first family, the stifling patriarchal world in which they lived and the disastrous impact this wreaked on the lives around them. 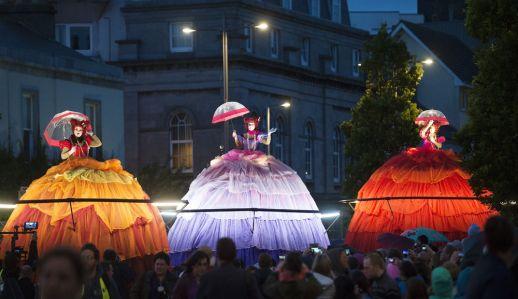 Least Like the Other is part of this year’s Galway International Arts Festival. One of Europe’s leading arts festival, GIAF hosts hundreds of thousands of visitors in the magical city of Galway for two weeks every summer with over 200 events across the city, including everything from art, theatre, opera, discussion to live music and more. If you haven’t been to this festival before, it won’t disappoint.

Netia Jones is a director, designer and video artist, internationally acclaimed for her bold, experimental approach to opera. In her first collaboration with Irish National Opera, Least Like the Other brings together text, music, singing, dancing, acting, video and live and pre-recorded sound in a true multimedia experience. This is a rare opportunity to see the work of this exciting and progressive director up close and personal in an intimate venue like the Black Box Theatre.

Last but not least, Naomi Louisa O’Connell, originally from Clare but based now in New York, will perform in a rare appearance for Irish audiences. With an extraordinary blend of styles, she embraces classical opera, cabaret and musical theatre, thrilling audiences with her vocal technique and range. Don’t miss her!

Least Like the Other, Searching for Rosemary Kennedy is at the Galway International Arts Festival 15 - 20 July. More info and ticket details here.